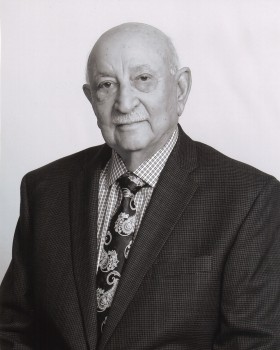 At age 13, Richard Marascola went to Pueblo S&TC with a school friend. They spent the day working, with one pulling and one setting. At the end of the day, they were allowed to shoot 25 singles and 25 handicap targets. Dick broke 23 and 16 and found something he loved to do.

His competitive shooting began in 1970 with skeet at International T&SR in Los Angeles, where he won the Golden BB Award. He later began trapshooting, joining the ATA and California Golden State Trapshooting Association as a life member in 1974. On Oct. 5, 1975, he carded his first 100 at the International club.

Dick’s contributions to the sport are many and began with serving the CGSTA. He became a board member in 1976 and was elected president in 1983. He designed the first CGSTA championship ring and buckle, which are still awarded at the state shoot. In 1992 Dick became the first president of the state Hall of Fame. He was also on the Trophy Committee and was chairman of the Business and By-laws committees. He served as ATA Delegate and Alternate Delegate as well.

In 1987 ATA President Randy Freston asked Dick to join the ATA Central Handicap Committee as a helper, and two years later he became a full member. In 2000 Dick was named chairman, retiring from the position in 2010.

In 2005 Dick was appointed to the Trapshooting Hall of Fame Biographical Committee then became chairman in 2011. In 2010 Dick was honored as ATA Official of the Year.

Joining the PITA at the organization’s 1978 California State Shoot in Livermore, Dick broke the only 200 in the Singles Championship that day to capture the title. The next year he attended the PITA Grand in Vancouver, BC, and was captain of the winning team which broke 498x500. Dick was also a member of the California Indians, winning many trophies.

At the age of 16, Dick joined the Marine Corps, serving in Guam and China plus the Korean War. After being wounded there, he spent three months in the U.S. Naval Hospital and received the Silver Star, the third-highest military combat decoration that can be awarded to a member of the U.S. Armed Forces.

He has attended the Grand American more than 40 times. “I find trapshooting to be very rewarding,” Dick said. “It’s been very interesting to meet such a variety of people from every walk of life—such a unique group. My greatest pride is that I shot in every state shoot, except Hawaii, in the Western Zone, and winning the Western Zone senior vet doubles title in 2001. I have fond memories of time spent at the classification table and all the wonderful people I met at each and every shoot.”

During almost 60 years of ATA competition, Dick has registered a combined total of 173,475 targets, winning many trophies along the way.

Dick and Lorraine currently reside in West Covina, CA. They have three children and six grandchildren. Richard II has been an ATA shooter, and Dick’s granddaughters are hunters and shooters as well.