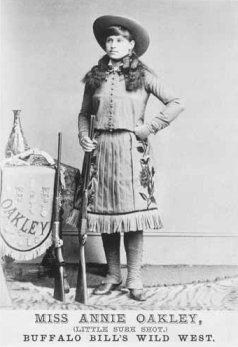 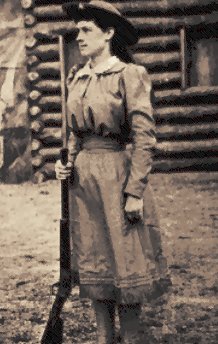 Charles Portlock of Boston, MA introduced the glass target ball from England in 1866. Most probably a shooter ball (a picture of a shooter embellished on the ball) or the very common Perth N. B. Glass Works glass ball. No one knows for certain.

From 1866 until the mid 1880's glass ball shooting in America became very popular. Captain A. H. Bogardus participated in long marathon matches against the top shooters of the day. Annie Oakley and Buffalo Bill Cody used them in their Wild West show into the 1900's. Glass ball shooting, along with live pigeon shooting, were performed before huge crowds for huge stakes. Bogardus, Doc Carver and others became wealthy using their 10 or 12 bore shotguns. Most matches were between two shooters as were the pigeon matches. The glass ball matches were not like today's clay target tournament where several hundred participants competed against each other. The glass ball matches were matches between two shooters or by one shooter attempting to break as many glass ball as he could in a set time period, sometimes running days.

The clay target tournaments that we are accustomed with did not take place until after 1880 and the development of the clay target by George Ligowsky in 1880 and Fred Kimble in 1884 with his "Peoria Blackbirds".

The life of glass ball shooting in America was short. They were too easy to hit and produced large amounts of unwanted and dangerous glass. In 1880 Ligowsky of Cincinnati developed the clay pigeon and the era of glass ball shooting was about to end. Pigeon shooting and the pigeon rings would be next, ending in the early 1900's.

At some unknown point in the 1870's, Bogardus, champion glass ball shooter, maker of glass target balls and glass ball traps, developed a set of rules to be followed in "glass ball" matches. You can read these rules below.

The rules listed below were mailed to this web site by Jim Walkowiak of Minnesota for use on the HOF web site. They are on a piece cardboard. For more information check out the links listed below. 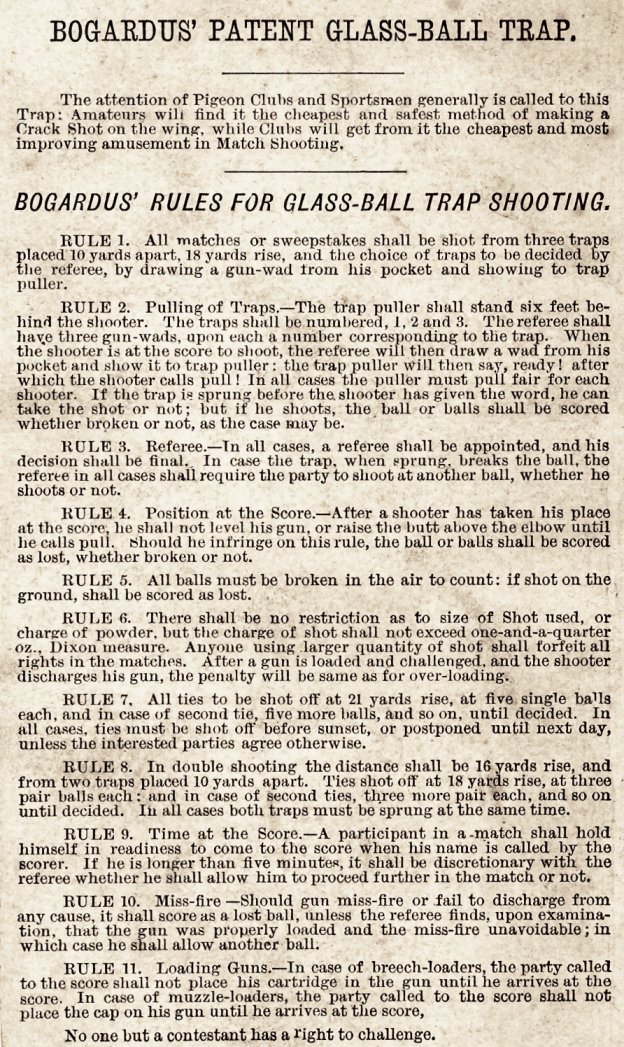