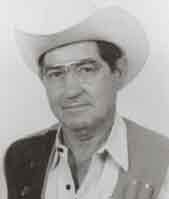 Throughout his career, Don Beck won 58 trophies at the Grand American. Awards at Satellite Grands include 26 from the Midwestern/Southwestern Grand, 56 from the Spring Grand, and 43 from the Western Grand. He won 11 championships at Southwestern Zone shoots and seven at Texas state shoots and four as a New Mexico resident. He also collected numerous prizes in Golden West Grand competition.

Beck was a member of the veteran All-American team five times, being named captain or co-captain every year. In 1987, he also placed on the men’s second team. From 1990 to 2000, he was named to the senior vet team every year but one, serving as captain in 1990.

He was inducted into the Texas Hall of Fame in 1987.

He told his daughter Darla Auten that the accomplishment of which he was most proud was being inducted into the Trapshooting Hall of Fame. “Trap meant more to him than anything else,” she said.

Beck had been plagued with health problems since 1978, including kidney failure, being diagnosed with cancer five times and suffering a stroke in 1992. Auten credits trapshooting with his recovery after the stroke. He went shooting just one week later and broke 100 straight in singles. “He looked at me and said, ‘I might be able to do this.’ ”

On Aug. 6, 1989, Beck completed his ATA Grand Slam at the age of 70 by shooting his first 100 straight from the 27-yard line. “People said he floated off the line straight to the telephone and called me. I’ll never forget it,” Auten said. At the time, he was thought to be the oldest shooter to complete the Grand Slam.

Beck started trapshooting with his father Klon, who won fourth place in the 1963 Grand American Handicap. Beck considered his father to be his role model in both shooting and in life.

Beck, who ran an oil field service company for many years, passed away in January, 2002. In addition to his daughter, wife Rebecca and son Don survive.

Auten said the most important lessons she learned from her father were honesty and sportsmanship. She remembers fondly the times she accompanied him to shoots. “It’s all we did for the last 20 years.”