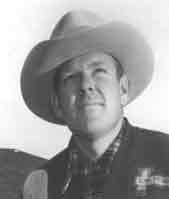 In 1950 Rudy Etchen held the distinction of recording the first 100 straight in doubles on the Grand American grounds, but this was only one highlight in a long career which began with a state junior runnerup award in 1935 at age 12 and included ATA championships in five states.

Rudy Etchen’s string of 31 Grand American trophies started in 1936 when he won the sub-junior award in the Clay Target Championship. He successfully defended that title the following year and won the junior trophy in the same race for two more years. Etchen earned the Doubles Championship in 1942, 1943 and 1945 and placed second in ’44 after tieing for the crown. In 1945 he and dad Fred—captain of the U.S. trapshooting team which won the gold medal in the 1924 Olympics—finished second in the Parent-Child race, and that same year Rudy led High-Over-All scoring. Rudy Etchen became an industry representative the following year, winning 15 trophies in that category in five years, including two titles in Doubles, two in the Grand American Handicap, three in the H-O-A, and one each in the All-Around, Clay Target and Dayton Homecoming Championships. His 980x1,000 in the 1950 H-O-A on 600 singles, 300 handicap and 100 doubles was never topped in industry ranks, and it stood as an all-time record until 1966 when amateur Dan Orlich hit 982. Etchen’s perfect century in doubles at Vandalia, just the fifth recorded in ATA history at any location, was during a prelim-day race in 1950. Back to amateur status in 1952, he posted 200 straight to earn the Clay Target crown, won the All-Around, and paced scoring in the H-O-A.

Rudy Etchen earned his initial state crowns in Kansas, where he headed junior singles standings in 1936, 1938 and 1939 and captured the men’s crown the latter two years. In ‘45 and ‘46 he earned the Tennessee doubles titles, also nailing down the handicap and all-around in ‘45. He made a clean sweep of Idaho’s four main championships in 1953, also winning the singles, doubles and all-around in ‘52 and again in ‘57. The Pennsylvania twin-bird and all-around titles were his in 1960, 1962 and 1964, and in 1975 he annexed Louisiana’s all-around crown. (His 99 in doubles and 391 in all-around in 1962 set scoring records for the Keystone state.)

In Golden West Grand action in 1953, Rudy Etchen topped the singles, doubles, all-around (with a record 394x400) and high-over-all, while he ended second in the GWG handicap. The next year he again headed the field in H-O-A scoring.