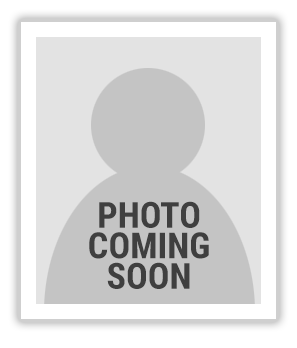 R. L. (Bob) Andrews Jr. began ATA competition in 1946 as a junior. He captured his age division’s Arkansas championship in 1946 with 46x50 and in 1947 with 98x100. Both of those years, he attended the Grand American and finished among the leaders in the junior Clay Target Championship: in 1946 he tied for runnerup with 94, and the following year he tied for sixth with 97.

After entering adult ranks. Andrews annexed the 1949 ATA Southwestern Zone singles title with 198 plus 50 in shootoff. The next year he captured the Arkansas handicap crown with 97 and the all-around with 382x400. (Father R. L. Sr. won the singles and doubles.) In 1951 Bob Jr. earned the singles championship with 199, the doubles with 95 and the all-around for 384x400.

From 1956 to 1973 he was an industry shooter with Remington Arms Company, and in 1957 he began collecting industry trophies at the Grand American. He smashed 200 for the Singles Class Championship award, and he was champion in the Grand American Handicap with 95 from 24 yards and in the High-Over-All with 954x1,000. He was runnerup in the Preliminary Handicap with 94.

In 1965 he became the fourth shooter on record to break 100 in doubles at the Grand American, securing the industry prize in Preliminary Saturday’s race. The year before he had snared the same award, for a field high 98, and he won again in 1966 for 97.

He garnered industry recognition in the Tuesday Special Doubles contests in 1966 with 98 and in 1967 with 95 plus 20 in overtime. In 1971 he was Doubles Class Championship titlist following 94 and four carryover rounds.

Andrews broke 98 from 25 to earn the 1959 Grand American Handicap industry crown. From the 26 he won the 1961 Vandalia Handicap award for 95, and in 1971 he earned the Ohio (now President’s) Handicap trophy for 92 from the back fence.

After returning to amateur status, Andrews captured another Arkansas All-Around championship. That was with 374x400 in 1979, and he also paced state high-over-all standings that year, with 644x700.

Andrews was a Remington field sales representative in Mississippi and Louisiana from 1956 to 1962, and he held the same position in Florida from 1962 to 1965, when he became district sales manager in Atlanta. From 1971 to 1973 he was regional sales manager in Kansas City, MO. His final position with Remington was product service manager in Lonnie, Ark., from 1973 until his retirement in 1981.

Bob shot a 40-pound ‘camera gun’ in a trapshooting promotional film that he and fellow Remington shooting professionals D. Lee Braun and Richard Baldwin made. (This gun was used to show the bead-to-target relationship in breaking clay birds.) According to Baldwin, in more than two weeks of filming, Bob never missed a target with this unwieldy gun. The film was a success, and Remington made it into a book for trapshooting beginners. More than 300,000 copies were sold. The most on the subject of trapshooting,’ Dick said.