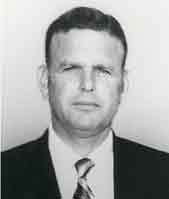 At Paul O'Brien, Jr.'s first Grand American, he won the 1961 Vandalia Handicap with 99 and a shootoff. "After that, he was hooked for life," according to Jim Bradford, Jr., 1993 ATA President. Subsequently, Paul never missed a Grand until his death in December 1999.

He began competitive trapshooting at the Shreveport (LA) Gun Club. He immediately became friends with 1972 Trapshooting Hall of Fame inductee Mercer Tennille, who made Paul "his unofficial shooting protégé,"  Paul captured a Class A award at the 1967 Grand American in the Preliminary Friday Singles with 100. He won trophies at Southwestern Zone and Texas and Louisiana state shoots and frequently attended the Spring, Southwestern and Midwestern Grand Americans as well as the Golden West Grand.

The Shreveport club recognized Paul's administrative and organiza­tional skills, and he became a member of its board of directors, and eventually president. J.R. (Johnnie) Downes, who was the Southwestern Zone Vice President at the time, got Paul involved in the administrative work of the ATA in the early 1960s.

Paul was elected Louisiana ATA Delegate in 1962 and Southwestern "Zone Vice President for the '66 term. He served as ATA President in 1970. As secretary of the Past Presidents Organization from 1981 until his death, Paul communicated the group's recommendations to the Executive Committee and functioned as liaison between the  two organizations. He became a member of the Real Property Committee in 1990 and chairman in 1999. Additionally, he served on the Site Selection and Development Committee.

Paul lived most of his life in Shreveport, beginning his education in a one-room schoolhouse. After attending Louisiana State University, he graduated from the University of Oklahoma with a degree in geology. He started out in the oil and gas business and was president of Jones-O'Brien Incorporated for 13 years. He also served as a board member of several corporations.

An upland bird and waterfowl hunter and "excellent wing shot" Paul started hunting ducks in the Atchafalaya Basin when he was seven years old. His favorite place to hunt was Pecan Island, LA. He was a benefactor of Ducks Unlimited and a major contributor to its Pathlow North Conservation Project built in Saskatchewan in 1983.

At the time of his death, his daughter Alden said that he expected honor and integrity of himself and others, and above all else, he despised hypocrisy.

He is remembered for saying, "If I had my life to do all over again, I would have spent more of it doing the things I like to do," According to his son Paul III, "Few spent more of their life doing fun things than Paul. And he was a successful business man and wonderful father and husband, as well"