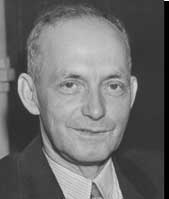 Ray E. Loring has been called the "wizard of trapshooting" because of his abilities as a statistician and cashier. Fifty years of his life were spent devoted to the sport, highlighted by 20 of those years as the ATA’s manager until his death Dec. 9, 1953.

Born Oct. 6, 1884, Ray Loring began shooting when he was 23 years old. He was Chief Shoot the Line among the Okoboji Indians, where he was an active participant from 1908 to 1916. He also held membership in the Illini Indians, of which he was secretary.

Ray Loring gradually began concentrating his efforts on office and behind-the-scenes procedures at shoots. He served on the Grand American Handicap Committee from 1915 to 1923, and in that last-named year he became manager for the ATA when it was located in Chicago. When the ATA moved to Vandalia in 1924, Ray Loring remained in Chicago and managed Lincoln Park Traps. In 1930 he was appointed secretary of the Illinois TA, a position he held until 1946.

In March of 1934 Ray Loring was elected to the position for which he is most noted, manager of the ATA. His memory for names of shooters, their averages and street addresses astonished those he worked with at the Grand and throughout the year at the home office.

On Sept. 26, 1953 Ray Loring was honored at Loring’s Grove in Marseilles, Ill., for 50 years of dedicated service to trapshooting. Less than two months later Ray Loring died in Vandalia. Trapshooting historian Jimmy Robinson, who worked with Mr. Loring for 30 years, wrote, "Ray was the greatest statistician, cashier and man of figures I have ever known. . . he put his heart and soul into making a better trapshooting sport for all of us.