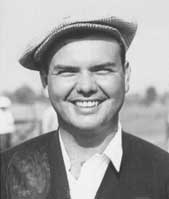 Hale Jones made a conspicuous start at his first registered shoot in 1932, breaking 96 out of 100 the first day and 97 the next and 95 in the handicap from 24 yards (he was never closer than this), two targets behind Bart Lewis, the winner. The 25-year-old Alton, Ill. man had traveled to Hopkinsville, Ky. for the shoot, after having been introduced to the sport three months earlier by Homer Clark.

Jones shot a few more registered targets that year, and the next year he started winning and wound up the season with a .9610 mark on 2,000 targets. During his 25 years at the traps, he broke 24 programs of 200 straight and won numerous championships at state, club shoots and the Grand. He won the Illinois State championship in 1936, 1937 and 1938 and tied for it several times after. He won the Grand American Champion of Champions race in 1936 and 1937. He tied for the North American Clay Target Championship four times, and he won Class AA in 1935 with 200 straight and was high on 16-yard tar- gets with 597x600. In 1937 he broke 200 straight to tie for Class AA but lost by a toss of a coin to Tommy Lovett. Jones got his greatest satisfaction out of winning the Grand American Open Handicap and the 16-yard Open on two different occasions. At Yorklyn, Del. in 1936 he was a member of the squad that broke 499x500, a new world record.

Jones, who spent 35 years in the automobile business, retired from the firing line in 1959.