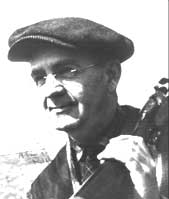 Ralph M. Jenkins, the first person to register over 200,000 singles targets, included in those 16-yard clays Grand American trophies in the Clay Target Championship, Champion of Champions and Class Championships. He also fared well in handicap and doubles scoring throughout his career as he secured Indiana State titles in every category. Amid his activity as a shooter, Mr. Jenkins found time to dedicate himself to the business side of the sport, as president of the Amateur Trapshooting Association in 1944 and 1945.

Mr. Jenkins placed sixth in the GAH in 1926, and four years later he earned the A trophy in the Class Singles Championship and the fifth-place award in A during Championship Day. In 1933 he finished third in AA in the Singles Class event, after shootoff for first with E. L. Torge and Hall of Fame enshrinee Mark Arie. That year he placed fifth on 600 targets. He was a member of the winning East team in the East vs. West race, and also a member of the winning amateur team in the Amateur vs. Industry competition.

In 1936 Mr. Jenkins was runnerup to another Hall of Fame member, Hale Jones, in the Champion of Champions race, and he finished sixth in A in the Class Championship after a shootoff. In 1939 he placed second in the Singles Class event in A. The following year Mr. Jenkins captured the A title in that race with an event-high 199, and earned fourth-place honors in the High-Over-All on 1,200 targets.

Mr. Jenkins won runnerup recognition in the 1943 Clay Target Championship. That same year he earned the same honor in AA in the Class Singles, claimed the Father-and-Son trophy with son Bill for 391x400, and was the highest-scoring member on the winning Indiana squad in the State Team Race. Mr. Jenkins led 1943 singles averages over the men with .9772 and was named to the All-America men’s first team.

It was as a promoter of the ATA that Ralph Jenkins was noted for even more than his shooting. He devoted much time and personal resources to strengthening the association, and was particularly responsible for the survival of the sport of trapshooting during the war years.

Ralph Jenkins was an elected official of the Indiana State Association and the Amateur Trapshooting Association for a period that spanned 25 years. From 1939 to 1954 Mr. Jenkins was an Indiana state director for eight terms, secretary-treasurer for five years and president of the state TA in 1954. He was ATA delegate or alternate delegate for the eight years leading up to his presidency in ’44 and ’45.

While serving as ATA president in 1944, Ralph Jenkins initiated the actual counting of members’ registered singles targets. Using 1923 as the base year, the year the ATA came under full amateur control, he directed the compilation of shooters’ singles targets and had designed the bronze, silver, gold and diamond pins for the 25,000, 50,000, 75,000 and 100,000 registered singles achievements. At the 1944 Grand, five were eligible for diamond pins for reaching the 100,000 plateau. Past ATA president Sam Sharman, Isaac Andrews, industry representative Arthur Cuscaden and the Jenkins brothers—Ralph and Rock—were the recipients.

In 1959 Ralph Jenkins achieved the goal of becoming the first to register more than 200,000 singles targets, at the Southern Zone Shoot in Louisville, Ky. He also fired at the most singles targets for the year—25,000. He had registered 214,500 singles at the time of his death in 1962.