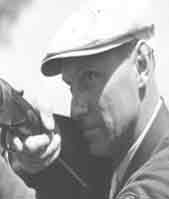 It didn’t take him long to break into the winners’ column at major shoots. In 1914 he won the Iowa State singles championship, and he repeated with victories in 1915 and 1917. In 1915 his average of .9614 on 2,100 targets was the seventh-highest for the year—-almost two full points over Hall of Famers Fred Gilbert and Mark Arie.

Jahn tied twice for the Professional Doubles title at the Grand American, in 1921 and 1947, but both times lost in shootoff.

As a powder company representative he won the Hercules Cup three times, and he was one of four Hercules men coaching shooting in the Army during World War II.

When he retired from shooting in 1967, he had attended 22 Grand Americans.