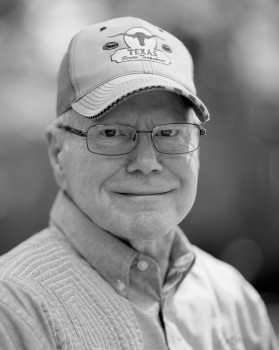 James H. Foster’s first experience with clay-target shooting came in 1987. Jim joined the ATA that year and shot both trap and skeet for about three years before focusing on just trapshooting.

The state tournament was the site of many more accomplishments for Jim throughout the years. His first 200 came during the 1992 Singles Championship, where he ended with the runnerup prize again. The next year he earned his way to the 27-yard line, winning a prelim handicap with 99 from 26. Three days later in the championship event, he broke 98, taking the long-yardage award. In 2001 Jim hit 100 from the back fence in Wednesday’s handicap, becoming the second chairshooter to complete his ATA Grand Slam. On Sunday of that shoot, he downed 97 in the championship event to finish fourth.

In the 2009 Grand American Handicap he broke 99, the second-high score, to win the chair title. In all, Jim has earned more than 150 Grand trophies since 1993. That year Jim entered 200s in both the Dayton Homecoming and Clay Target Championship, and he repeated the feat in the next year’s Dayton event. He posted double-centuries in the 1995 and 2006 Clay Target events. In 1997 Jim placed eighth in the Grand American Handicap after 98 and was 12th in the 2000 President’s Handicap for 97. He has won 32 chair titles in Grand ring events, including eight Clay Target, six Doubles, four Grand American Handicap, seven All-Around and seven HOA. He holds the category record in all those: 200 in singles, 99 in handicap, 97 in doubles (four times), 391 in the All-Around (sharing the record with Rick Nelson) and 969 in the HOA.

In 2009 Jim was runnerup in the Spring Grand Handicap Championship after tying for the title. With six shooters locking horns for the crown, the shootoff for that event went five rounds. Among Jim’s Spring Grand trophies are 32 chair titles: six singles, five handicap, seven doubles, eight all-around and six HOA. He has collected 46 Southwestern Grand category championships, including 11 singles, nine handicap, nine doubles, eight all-around and nine HOA. Among his Autumn Grand awards are 22 chair titles: five each in singles, doubles and all-around plus three handicap and four HOA.

In 1998 Jim won the Southwestern Zone handicap crown with 99, and he captured chair titles in the 2009 singles, doubles, all-around and HOA.

Jim has been on the chair All-American team 11 times since 2003, claiming the captain’s spot nine of those years.

Jim took part in the Army ROTC program during college, and in 1970 he sustained an injury during a training exercise in Germany that left him with permanent injuries. Health problems caused him to spend most of last year in the hospital, and his next shooting goal is just to be able to get back out and break targets.