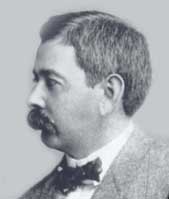 At the time of his death in 1924 it was noted that J. A. R. Elliott had "made a mark which can never really be forgotten when trapshooting history is ever delved into for subject matter of an extraordinary character."

Elliott was extremely skilled in live-bird shooting and was the only shooter ever to hold all the important live-bird trophies of national interest at the same time: the Sportsmen’s Review trophy, DuPont Cup, Republic Cup, Cast Iron Medal, Kansas City Star Cup and Field Cup. The last two named he won permanently and the others he held twice in succession.

He placed second in the Grand American at live birds in 1895, a year after he shot three match races with Doc Carver, at which time he won the first with 96. In 1896 Elliott killed 100 straight live birds to trim Doc Carver by one, and the following day he beat Doc Carver by one bird again, this time with 99.

Elliott won the DuPont Cup in a match race with Fred Gilbert in 1897, winning a shootoff after each had posted 93. In 1898 he defeated Gilbert 90 to 86 in a match at Watson Park Club in Chicago to win the Kansas City Star Cup, and he won final possession of that cup with 25 straight at Kansas City a month later. He hit his second 100 straight live birds in 1899 to give him a victory for the Republic Cup over Bill Crosby, and the same year at Batavia, N.Y. he broke 136x150 combined singles and doubles targets to win the E. C. Cup, symbolic of the championship at inanimate targets. He also outfired Rolla Heikes in 1899 at Kent, Ohio for the Cast Iron Medal, which he successfully defended twice again that year—once in New Jersey and the other time in Tennessee. Elliott won the trapshooting championship at the 1899 Sportsmen’s Show at Madison Square Garden in New York City by breaking 1,223 of 1,300 targets.

At the Missouri State Tournament in 1900 Elliott and seven others killed 25 straight birds, and in the shootoff that followed Elliott killed 100 more. During that shoot he shot at 215 birds, killing 214. He won a close match with Gilbert the same year, 99 to 98, to win the Sportsmen’s Review trophy. Two years later he won the same trophy by defeating Rolla Heikes in a shootoff after they tied with 94.

Elliott was selected as one of the members of the United States team that made a tour of England and Europe in 1901. One of four famous shooting brothers and the founder of Elliott’s Shooting Park near Kansas City, Mo., James A. R. Elliott retired from active shooting in 1915. He was 70 at the time of his death.