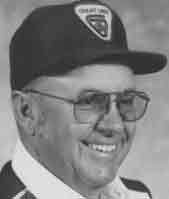 Also in 1968, Driggs won the Doubles Championship with 100, two birds over the field. It was the second perfect score to win the race, and the third to be entered in the event. The following year, Hugh repeated as doubles titlist, becoming the seventh to capture back-to-back crowns. It had not been accomplished since 1948-49, and no one has done it since. His winning score was a lone 99.

In 1975 his 200 straight plus 249x250 in a shootoff earned him runner-up position in the Clay Target Championship.

Hugh captured his first Grand trophy in 1960 as a second-year shooter, smashing 99 from 20 yards plus 25 extras to win runner-up honors in the Vandalia Handicap. Two years later he won Class A in the Dayton Homecoming for 25 straight after a four-way deadlock at 197.

In 1964 he nailed down first-place Class A laurels (the highest class at the time) in the Doubles Championship for 97x 100 plus 20x20 in a shootoff. During the 1971 class doubles Driggs finished fourth in AA following a 98 tie for runner-up honors and three overtime rounds. The next year he won another fourth-place AA, this time after 200 in the class 16’s.

His other awards include championships in many states with major awards during his frequent competition at the Western Midwinter Chain. His 199 at the very first Spring Grand American brought him very close to a satellite tournament win if he had not missed his 200th target.

He has scored six 100 straights in doubles, including the one in 1968 which earned him the Grand American championship.

Hugh has served as Michigan delegate to the A.T.A. from 1975 through1980. He has been enshrined in the Michigan State Hall of Fame.