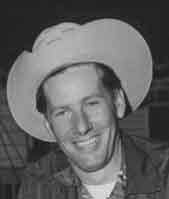 Joe Devers first registered trap in 1943 after having won the national sub-junior and junior skeet championships in 1941 at age 10. He won the Ohio junior 16-yard trapshooting championship in 1943 and the next year as well. He was 15 in 1946 when he won the Ohio singles, doubles and all around eliciting such tributes from the press as: "That kid is the greatest junior shooter I’ve seen." (Jimmy Robinson) and "Joe is long since out of the beginner’s class in trapshooting. Devers’ cool performance on the firing line belies his youth--but then Joe is a veteran in a sense. He started shooting when he was four years old, or just a little after he took up walking." (Bill Moore, Editor Sportsmen’s Review).

Beginning with his 1946 victory while a high school sophomore, he amassed seven Ohio A.T.A. adult championships, three Ohio junior championships, and twenty-two Nevada crowns after changing his residence to that state in 1954. He also earned two Western Zone (Division) titles and captured six Golden West Grand championships between 1958 and 1970.

Devers slammed 200 at the Grand American for the first time in 1950 finishing in a 3-way tie for the Clay Target championship. His perfect 25 in overtime won him the title, his fifth Grand American trophy and his first there as an adult. He posted his second and third 200 straights at the Grand in 1968 (during the introductory and Class Singles Championships), and in 1969 he fired another in the Clay Target, capturing the Zone Champion of Champions crown without a tie.

Joe shared the 1969 spotlight in national singles averages with Hall of Famer Dan Orlich as they each hit 99.43%, Devers on 4,600 targets and Orlich on 2,650. The 27-yard line was established in 1955, and Joe earned his way to the maximum in early 1956, approximately the 20th on record to accomplish the feat.

In 1944 Joe and dad M.O. Devers totaled 375 for the Parent-Child award, with Joe contributing 184. His 94x100 also won him the sub-junior title in the contest. The following year the Deverses earned third place honors in Parent-Child competition with 368, and Joe was third in junior standings with 88.

Joe Devers placed on 11 All-America teams from 1944 to 1970. He was well known in flyer circles competing world-wide in that sport. His hunting feats were legend. Through the years Joe has been most frequently mentioned when shooters debate who’s the all-time best all-around shooter, trap, skeet, flyer, and field.

Devers died at the age of 56 in 1987. He was survived by daughters Sue and Cathy and a son Danny who now has a 14-month son bearing his late grandfather’s name.