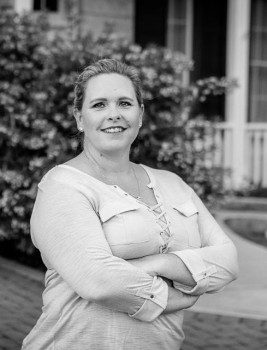 Jennifer Rutger of Boerne, TX, has been attending trapshoots since before she was born; her mom shot non-registered events while she was pregnant. Jennifer startedregular practice at age nine, and her ATA career began at the 1984 Southern Grand. Shortly after she won her first trophy in a singles event at a weekend shoot in Orlando.

Jennifer competed at the Grand for the first time in1984, shooting only singles. Two years later she won her first trophy there, placing third among sub-juniors in the Singles Class Championship. Since then she has won more than 85 Grand trophies, including women’s titles in the 2001 Doubles; 1999 All-Around; plus the 2005 and 2007 HOAs. In 2015 she claimed the Lady I HOA crown.

Having won titles in California, Florida, Louisiana and Texas, Jennifer’s first state championship was the 1985 Florida sub-junior singles. Three years later, at age 16, she won the handicap over the field with 97 from 26.5. Thatscore also earned her a punch to the back fence, making herat that time the youngest female to go to the 27-yard line. She was the 50th woman to do so, and she and Jeanine, who was the 16th, were the first mother and daughter to doit.

That year she also won the junior singles championship,and she repeated the next year. Her other Florida titles include seven women’s between 1991 and 2006.

Jennifer won the 1996 Southern Zone doubles over the field after a 98 and shootoff over four others, becoming the second female in ATA history to capture a zone twin-bird title. She also has one sub-junior, four junior and 11 women’s crowns and has captured two women’s Southwestern Zone championships.

Breaking her first 100 in doubles during the 1998 Grand class championship, Jennifer became the 14th woman to post a twin-bird century. During the 2008 Missouri Fall Handicap, she carded a 100 from the 27 to become the fifthwoman to complete her ATA Grand Slam.

Jennifer has earned All-American honors 31 times since1987; only 12 shooters throughout ATA history have been on more. Her first berth was on the 1987 sub-junior team,then she placed on the junior team two years later. She was both a junior and women’s All-American in 1990 before earning women’s honors 20 times between 1992 and 2012. Since the Lady I category was established, she has secureda spot on that team every year.

Jennifer earned Trap & Field All-Around Average Awards in 1995 and 2008. She has been inducted into both the Florida and Texas Halls of Fame. While living in Louisiana, she was captain of the open state team one time.

“Being involved in trapshooting has made me a moreconfident and outgoing person. It has enhanced my life every step of the way . . . I have learned how to win and lose gracefully. I have gotten to travel, and my kids and I have seen how beautiful our country is. I cannot wait to see what the future holds for me and trapshooting.”