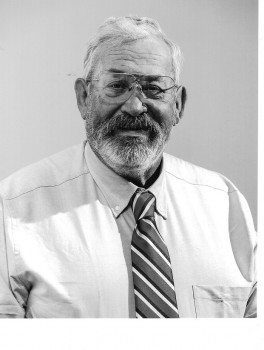 Charles W. Long of Houston, TX, began his ATA career in 1973 and since that time has fired at nearly 1.2 million targets in registered competition. While shooting in about 40 states plus Canada, he became the first to register 200,000 targets in all three disciplines, and to date is the only shooter to have fired at more than 300,000 birds in each of the three events. At 432,500 (as of this printing), he is the all-time leader in doubles targets registered, and during the 2019 target year, he took the top spot on the handicap attainment list at just over 352,000.

Four years after starting his ATA career, Charlie captured his first major title, the Southwestern Zone all-around. In 2006 he added the doubles crown.

His first state championship came in 1982, when he won the doubles in shootoff against John R. Hall, fellow Hall of Fame enshrinee who had given Charlie help and advice when he was starting out. Charlie has won the doubles three more times since then, and he also has one handicap, two all-around and one veteran.

His first Grand American trophy came in 1985, a prize in the President’s Handicap. In 2017 he won the senior vet title in the Clay Target Championship with one of 14 200 straights he has broken in Grand competition. In addition to his 16 individual awards, he has been a part of the Zone winning team once in singles and twice in doubles.

Charlie has captured titles over the field at the Midwestern (1986 doubles), Dixie (1993 singles), Western (1990 handicap and all-around) and Heartland (2017 singles) Grand Americans in addition to age-group titles and other trophies at those tournaments plus the Spring, Southern, Southwestern, Great Lakes and Autumn Grands.

Having broken more than 200 perfect centuries in doubles, in 1998 Charlie established the doubles long run record of 847, which stood until 2008. He got his first 100 from the 27-yard line in 1989 to complete his ATA Grand Slam and has carded more than 20 during his career, including six in one year (1990).

Charlie logged singles averages of more than 99% five times. He has earned spots on the All-American team 13 times: six open, five veteran and two senior vet. In 1987 he and son Charlie T. (L. C.) were both All-Americans, with L. C. on the junior team.

Long built Metro Gun Club in Angleton, TX, about 20 years ago. The club has four trapfields and hosts ATA shoots every Sunday. He said that everything he has done over the past 45 years has centered around shooting. His future goal is just to be able to keep competing, hopefully late into his 80s.