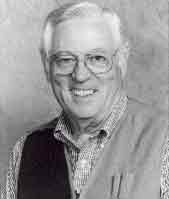 Harry A. Willsie borrowed a gun to shoot in the 2002 Grand American Handicap and broke 92 of his 100 targets. It was his last of 43 Grand Americans as he lost a long battle with pancreatic cancer less than five months later.

A life member of the ATA since the late '50s, Harry sponsored the High Canadian trophies at the Grand for decades. He helped introduce plastic cards for entry into tourna­ments, and a "Continental" style of simulated Olympic trap to the Grand. He also assisted in bringing the Atlantic Provinces into the ATA and the Canadian Trapshooting Association into the Shooting Federation of Canada. An organizer and director of GA and International shoots, Harry introduced dozens of people to the sport, helping to finance both individuals and teams. He was a reg­ular on radio and TV during the 1960s and '70s, promoting trap­shooting in Quebec, and he aided Perazzi, Valmet and SKB in gun design and development.

The winner of seven Grand American trophies, Harry collected 26 Quebec provincial championships during his career-five singles, seven doubles, six all-around, five veteran and three senior vet. In Eastern Zone competition, he earned the 1961 doubles crown and the handicap and all-around titles two years later. He was a mem­ber of the 1964 All-American men's second team and an 18-time member of Quebec's All-Star team.

He represented Canada in trap in the 1964 Olympics and was part of the '68 and '76 skeet teams. He was the coach and manager of the shotgun team in 1980 at an alternate tournament, which was held because of the boycott of the Games in Moscow. The first Canadian to break 100 in doubles, Harry was the 16th in the ATA to accomplish the feat. He was also part of the squad that set the for­mer doubles record of 490x500, which the group accomplished at the 1963 Eastern Zone Shoot. Harry and Frank Little each carded perfect centuries that day, and the event marked the first time two 100s were registered in twins in the same tournament and on the same squad.

Born in Missouri, Harry moved to Canada in 1953 to work the beginning of privately owned television. During his life, he also worked in public relations, publishing and as a sporting goods wholesaler.

"Harry was proud of everything he won," his wife Cleusa said. "Everything meant so much to him." He traveled to the Arctic on scientific expeditions and took a clay target with him on one of these trips. When he arrived, he shot at the target and declared himself the Arctic's clay target champion.