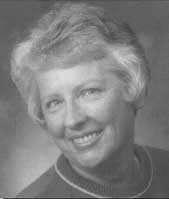 A 99 from 20 yards during the 1964 Vandalia Handicap ended in an 8-way deadlock for third which Judy won in the tie-breaker. That same year she captured runnerup in ladies High-Over-All by four targets with a 929x1000, and again in 1973 with 903. In the 1967 Grand American Handicap she captured runnerup spot with a 96 from 22½ yards plus 25 in shootoff.

Active for many years as a director of the Northbrook Sportsmen’s Club, she became President in 1984 and in 1987 took over the job as treasurer of the Illinois State Trapshooting Association.

Judy won four major trophies during the 1980 and 1981 Australian National Championships including one in skeet and the ladies champion of champions award. At New Zealand tournaments from 1983 through 1988 she took home six in single rise and clay sparrow, and she was twice high lady at the Southland Club Championships.