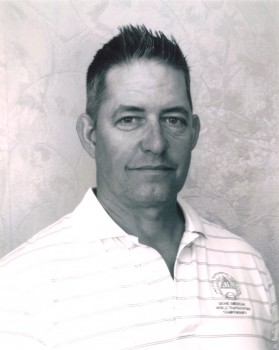 Chris Vendel shot his first ATA targets at Oakfield GC in New York on his 14th birthday. Having competed for several years in leagues and on his high school trap team, Chris broke 95 that day and was hooked on registered competition.

The following year, 1976, he broke 98 in the Eastern Zone Handicap Championship to tie for the title, ending with the runnerup prize in overtime.

In 1978 he carded his first 100 straight, and his Honor Roll 200 came at the 1985 New York State Shoot, where he captured his first of an eventual six 16-yard crowns (all with perfect scores). By then, Chris had already won the doubles and all-around titles, claiming those in 1979 as a junior. He now has four twin-bird and 11 all-around championships plus three junior and a sub-junior. In 2005 he set the state all-around record of 394. His Zone title count includes two each in singles, handicap, doubles and all-around plus four age-group.

In Grand American competition, Chris has won more than 60 trophies, including the 1995 and 2010 Doubles titles plus the 2004 All-Around and 2005 High-Over-All crowns. Other top awards include the 2006 Champion of Champions and 2008 Krieghoff Handicap following a 100 from the 27-yard line (his second in Grand competition). The 475-bird CofC shootoff came down to him and Tim Reed and established a Grand one-day shootoff record. Chris’ twin-bird 100 to win the 1995 title was the first of his career and of an eventual 12 at the Grand. He also has 24 200s in singles at the tournament.

Chris’ Satellite Grand titles include 10 Northeastern (three singles, one handicap, two doubles, three all-around and one HOA), seven Empire (one singles and two each in handicap, all-around and HOA), plus the 2007 Great Lakes singles. He’s won additional trophies at those tournaments plus the Southern and Spring Grands.

Having earned 16 men’s All-American team placements since 1995, including 10 first team, Chris and son Christopher (who Chris taught to shoot at the age of nine) have both earned spots on teams every year since 2008. They have also won the Parent-Child trophy at the Grand twice, in 2010 and 2012, both while Christopher was a junior.

Chris completed his ATA Grand Slam on July 30, 2000, with 100 from the 27 then his Grand American Grand Slam during the 2005 President’s Handicap, where he claimed runnerup honors.

Winning the Clay Target and Grand American titles and becoming the second ATA shooter to win all five Grand rings is one of Chris’ main goals.