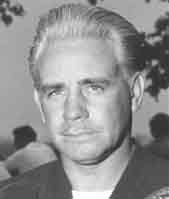 Mercer Tennille of Shreveport, La. was the greatest doubles shooter of all times. He won the Grand American Doubles title four times and tied for it on several occasions.

Tennille took up trapshooting in 1936. He and wife Vivian were riding around one Sunday afternoon when they passed the old gun club on Greenwood Road and stopped to see what was going on. A shoot was in progress; Mercer borrowed a shotgun and entered.

Tennille shot his first registered doubles targets at Kansas City later, dropping his first nine targets and finishing with 60 out of 100. He won a few local shoots then took off for the 1940 Grand. There he broke 50 straight doubles on preliminary day and 96 out of 100 in the handicap. He shot 95 in the Grand American Doubles, which gave him a tie for sixth place. Mercer wound up the 1941 season with a .9218 mark on doubles, then joined the Army Air Corps and spent the next three years as a gunnery instructor during World War II. He returned to competition in 1945 and finished the season with a .9228 twin-bird average. Tennille won the high average the following year with .9460 and the Grand American Doubles when he shattered 96x100. He topped doubles averages the following four years and captured the world title in 1948 with a record 99x100 and again in 1949. Mercer won the high average eight times, more than any other shooter, and in 1966 he ended the season with a record .9712. His last Grand American Doubles victory came in 1952.

Tennille won five state singles titles, 11 doubles crowns (with 100 straight in 1952) and nine all-around championships. He captured the Grand American All-Around in 1948 and 1949 and was high in the ATA with 2,500 or more singles in 1946 with .9846. He also won the Open North American Singles championship, Vandalia Handicap, the Dayton Homecoming, the world live-bird championship in 1948 and the live-bird championship of America at Havana, Cuba. Captain in 1946, he was a member of the Sports Afield All-America team 11 times. He registered 63,750 singles targets through 1968, when he shot his final targets.

Mercer suffered a heart attack at the Texas State Shoot in June of 1969 and passed away Aug. 12 at the age of 62. His widow, Vivian, is well known to Grand-goers, having cashiered at the tournament for many years.