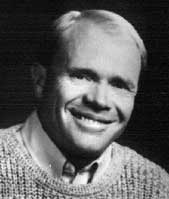 Since he began shooting in 1965, Ray Stafford has earned 59 Grand American trophies, 35 state and four ATA zone titles, six Golden West Grand crowns, and four championships each at the Spring Grand and Midwestern Grand. He has led ATA singles averages five times, the handicap four years, and the doubles once, and has collected eight Trap & Field All-Around Average Awards.

Ray has been a member of two perfect 500 squads, both at the Grand American, the first during the 1982 Dayton Homecoming followed by another in the 1983 Champion of Champions race.

During a preliminary doubles race at the 1983 Grand American, Stafford won an overtime session from Drew WaIler, and their eight rounds set a record for the longest twin-bird tie-breaker in history. Stafford won with 160 straight. That same year he set an amateur doubles long run of 461. Stafford has 31 100s in doubles to his credit.

Stafford attended his first Grand in 1968 and won his first trophies two years later. Thirty-two of his 59 Grand awards have been earned during championship days. He has captured a total of 19 singles, 16 handicap, seven doubles, three state Champion of Champions, one zone CofC, three All-Around, seven H-O-A and three International prizes at Vandalia.

Stafford’s Midwestern Grand victories in El Reno, Oklahoma began in 1981 with the doubles (97x100) which he repeated in 1982 with a 98. The same two years he won the all-around with 385 and 395, the latter after 40 straight in shootoff with Hall of Famer Britt Robinson beating the former record by three targets. The mark still stands.

He is one of six who have scored 399x400 in the all-around at any ATA tournament, having accomplished it twice. The first was during the July 1986 Mile-High tournament in Colorado and the second the following year at the Utah State Shoot.

His zone wins include the 1975 Western Zone singles title and three championships from the Southwestern Zone (doubles with 99 and all-around with 396 in 1981 and the all-around with 394 in 1983 (Colorado moved from one zone to another; Stafford’s residence did not change.)

A resident of Denver, Colorado, Ray has served on the ATA Board of Directors since 1983. He was inducted into his state’s Hall of Fame in 1982.