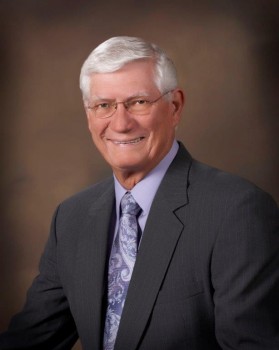 Gary Sherrod of Lubbock, TX, began shooting in 1968, introduced to the sport by father-in-law Less Lawson. At first Gary’s approach to trapshooting was as a fun, relaxing pastime. As he got better, his competitive spirit came out, and his game slowly evolved.

Gary carded his first 100 in doubles in May 1978, while his first 200 came in 1982. He made it to the 27-yard line in 1974, and on June 20, 1996, he blasted 100 from the back fence for the first time, completing his ATA Grand Slam. He has done it five other times since then. During the 2016 Grand American, Gary’s perfect score from the back fence earned him top honors in the Trap & Field Handicap. At age 72, he was the oldest to break 100 from the 27 at the historic tournament. It also added his name to the Grand American Grand Slam list, having broken 100 in doubles during the 2005 Grand and carding seven double-centuries at the tournament.

He was champion over the field in the 2007 Autumn Grand American title 16s. Since 2009 he has earned 15 age-group crowns at the Autumn, Southwestern, Spring and Western Grands.

Gary captured his first Texas state title in 1998, winning the handicap with 99 the same day he was inducted into the Texas Trapshooters Association Hall of Fame. His other state championships include the 2003 all-around, 2010 and 2012 veteran, and 2015 senior vet. His Southwestern Zone championships include the senior vet all-around in 2014 and the age group’s singles the following year.

He claimed spots on All-American teams nine times between 1993 and 2018, including one open and four each as a veteran and senior vet. In 1988 he earned his AA-27-AA pin.

Gary served as ATA President in 2010 and was Texas Trapshooters Association president in 1979. He spent 10 years working on the Central Handicap Committee.

When he is not shooting, he enjoys spending time with his 12 grandchildren—three of whom got married last year, while the youngest is just three years old. All the grandchildren, as well as his wife Kay and three daughters, are planning to be at his induction in August. He and Kay celebrated 54 years of marriage in January.

Gary said that being honored by his peers with induction into the Hall of Fame is the pinnacle of trapshooting and a tremendous honor. “The sport is 122 years old, and after last year, there were just 179 inductees in the Hall of Fame. That is a pretty exclusive group,” Gary said.