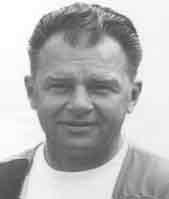 Just in 1978 was his record of straights from the 27-yard line surpassed. Dan Orlich was the second in history to accomplish the feat, on July 30, 1964, just 11 days after the initial one. From then until May 11, 1968 he totaled six of them. That was two years before any other had two.

Orlich still is co-holder of a shootoff record at the Grand, with his 1961 Champion of Champions title being a co-championship after he and George Snellenberger broke 100 straight and then ran another 500 extras. He also co-holds an all-around record. In 1958, he broke 399x400 of the championship targets at the Sahara Fall shoot to set an all-around record, which was tied by Dan Bonillas in 1975 and 1979 but which has not been surpassed.

Among his accomplishments, Orlich also counts the most consecutive Champion of Champions titles.

In Golden West Grand competition, Orlich won the singles championship twice, the doubles three times and the all-around six times, and he holds a record for the most high-over-alls there—eight.

Orlich was a member of the first squad to break 500x500. The scene was the 1959 Grand American, and other squad members were Bill Harrison, Maynard Henry, Herman Peterson and Zip Eaton. The record was tied in 1962, twice in 1972 and once in 1978.

Dan Orlich placed on men’s All-America teams every year from 1954 to 1973, being on the second team that initial year and then on the first team for 19 years, with five of those years as captain or co-captain. Trap and Field All-Around Average awards were earned by Orlich in 1959, 1961, 1962, 1965, 1966 and 1967, with his leading the field those first two years. He later became a columnist for the magazine, and a book of those columns was published in 1977.

Dan Orlich was chosen as Nevada Athlete of the Year in 1957 and presented with his award by the lieutenant governor of the state. A native of Minnesota, Orlich went to Nevada as a student at the University of Nevada at Reno and then returned there to live after his three-year stint as an end with the Green Bay Packers.

He served as delegate to the ATA from Nevada for 15 years and was on the handicapping committee for shoots throughout the Southwest for that same period of time.