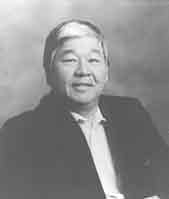 His championship wins at the Grand American began in 1970 where he won the top AA prize in Singles Class with 200 plus 174 in shootoff and 50 in carryover. He repeated that victory in 1981, finished third in 1982 and 1984, all after breaking 200s. He has a total of seventeen 200 straights during Grand American competition.

The 1995 men’s All-America captain, Ohye was named to his first All America team in 1970. He’s been on 25 of them since. He and Deborah are the second father-daughter duo to be named to All-America teams the same year, and they have achieved it for the past seven seasons.