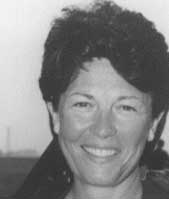 A shooter since 1963, when she was 12 years old, Edmonton, Alta., native Susan Nattrass captured several major trophies in ATA competition during 1969. That year she won the Golden West Grand Handicap Championship with 99 from 21.5 yards, the provincial women’s title for 191 and five ladies’ Grand American awards—including the All-Around crown with 379x400 plus shootoff.

Her most recent Grand title was the women’s crown in the 1995 President’s Handicap, with 97 from the 26. Her other handicap awards at Vandalia have come in prelim events. In the 1980 Ohio Handicap (on Preliminary Friday that year), she was runnerup in the field following a 98 and shootoff, and she earned the women’s trophy outright. In the next year’s Preliminary Saturday handicap, she earned ladies’ recognition, and in the 1982 Ohio Handicap (on Thursday this time), she was femme high.

She added D singles and women’s high-over-all honors to the event-champion handicap trophy she earned at the 1969 Golden West Grand. The next three years at Reno, she won the ladies’ doubles and HOA, and she was category handicap champ in ‘72. Among her other Golden West women’s trophies are the 1974 and ‘77 singles titles and the ‘79 all-around award.

While living in Nova Scotia during the 1990s, she snared five Atlantic Provinces ATA championships. In 1992 she was singles and all-around titlist, and she took home women’s crowns in 1991, 1993 (for a record 194), 1994 and 1995. That last year she collected she ATA runnerup award after a tie for the doubles title.

Nattrass has 15 more ATA provincial women’s championships— 12 Alberta and three Ontario—in her collection. In Alberta she was lady singles titlist each year from 1969 through 1974 and from 1980 through 1983. In 1985 she posted a record 199 for the crown, and she won again in 1988. Two years later she captured the ATA runnerup award following 199 and shootoff for the championship over the field.

She has earned non-resident or open trophies at Ohio, Iowa and California state shoots.

In 1976 she earned the No.1 spot on Canada’s two-member Olympic team to become the first woman in Olympic history to compete in the trapshooting event. In both 1988 and 1992 she filled one of the six women’s positions available, and she was top woman in the open trapshooting event both years.

At World Championships from 1974 through 1981, she won six gold medals and set four world records, including a 195 in 1978 which remains the high mark on 200 targets. Additionally, between 1971 and ‘91, she collected three silver and three bronze medals.

At World Cup competitions from 1985 to the present, she has won two women’s Double Trap gold medals p1us numerous silver and bronze awards. Additional International shooting honors in her collection include women’s Double Trap silver at the 1995 Pan Am Games and women’s gold at the Grand Prix of Nations, 1984 through 1986.

In 1987 she earned her doctorate from the University of Alberta. From 1972 she has been an instructor, administrator, lecturer and consultant in physical education and sports psychology. Since September 1996 she has been residing in Washington State, conducting research in osteoporosis at the Pacific Medical Center in Seattle.