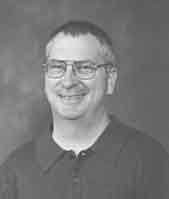 Asked how he first became involved in the sport of trapshooting, Robert Munson replied, "I just decided to try it—and I liked it!" Since registering his first targets in 1971, Bob’s enthusiastic participation has yielded numerous awards. He’s amassed 53 individual Grand American trophies and an additional 46 in Satellite Grand competition. He also has eight Central Zone and 32 Minnesota state championships to his credit.

His Grand victories include two Clay Target, one All-Around and two Champion of Champions crowns between 1982 and 1990.

Twice Bob ran all the Grand American program 16-yard targets he was eligible to fire at. In 1988 he downed all 1,000 singles from opening day through the Clay Target Championship. He broke another 424 extras to claim top honors in the last contest, setting a Grand shootoff record for a 200-bird race.

He ran 200 singles for the first time in the class race at the 1972 Grand. He claimed his first trophy in Grand competition in the same contest two years later, placing third in Class AA.

In 1977, he earned AA recognition in preliminary 16-yard shooting, and he was a member of the winning Minnesota squad in the State Team Race.

Bob smashed 100 straight doubles for the first time in the 1980 Grand class event, landing in the third-place AA slot after shootoff. In ’81, he won AA runnerup laurels in the Class Singles.

At the ’82 Grand, he shattered 500 16-yard targets in a row—200 program birds plus 300 in overtime—to snare the Clay Target Championship. He tied for the title in Preliminary Saturday’s handicap with a 99, and finished as runnerup.

The next year, Bob was AA victor in the Munson (prelim Friday) 16s and won first-place laurels in the Champion of Champions race. He was perfect in the class 16s as well, and he added his 200 to son Eric’s 198 to snag Parent-Child honors.

His performance in ’84 culminated in the All-Around championship for 397x400. His wins included first place in Preliminary Saturday’s singles for 100 plus 200 in carryover to the Dayton Homecoming, and he finished runner-up in the latter race after an additional 199. He headed the zone Champion of Champions contest and won AA laurels in the Clay Target Championship. He placed third in the Champion of Champions contest and won AA honors in the title doubles.

Bob picked up two AA twin-bird trophies in 1985, and he was runner-up in Preliminary Thursday’s handicap in ’86. The next year he headed Preliminary Saturday’s handicap, took home three AA 16-yard prizes, and teamed up with Eric to claim Parent-Child honors in the Class Singles. In addition to his 1988 Clay Target win, he also collected first place in the Trap & Field Handicap plus two AA singles awards. Bob finished third in the 1989 Clay Target Championship, and he earned AA recognition in a preliminary singles race.

In 1990, he captured first place in the Champion of Champions contest and secured AA runner-up laurels in the Clay Target Championship, where his 200 contributed to a Minnesota victory in the State Team Race. He won the runner-up award in Preliminary Friday’s handicap and high-gun honors the next day on his way to earning AA Preliminary High-Over-All recognition. He also claimed AA laurels in the Class Doubles and finished 15th in the Budweiser Handicap.

Bob picked up a preliminary 16-yard prize at the 1991 Grand. The next year, he won five singles prizes on his way to breaking all 900 16-yard program targets he could sign up for. (He did not compete in the Champion of Champions.) His victories included first place in the Dayton Homecoming.

A perfect score in the 1993 Clay Target race at the Grand led to the zone Champion of Champions trophy and a victory for the Central fivesome in the Zone Team Race.

In ’94, he placed third in the Champion of Champions contest for 100 plus 224 in overtime, and he won runner-up laurels in the Doubles Championship, also with a perfect century.

The next year he pocketed two preliminary singles prizes and finished third in the Champion of Champions race.

In ’96, he won first place in Preliminary Saturday’s singles. He captured third-place AA laurels in the Class Doubles as well as the zone Champion of Champions trophy.

He won zone Champion of Champions laurels plus third-place AAA honors in the ’97 Clay Target race, and his 99 in the Class Doubles the following year contributed to a victory for the Central Zone team.

In 1999, Bob and son Eric both posted 200s in the Class Singles for the Parent-Child championship. Bob also earned AAA runner-up recognition in that contest.

The Central Zone team was victorious in the 2000 twin-bird competition, with Bob contributing a 99 to the 487 total.

Bob has seven Southern Grand trophies to his credit, including the 1983 twin-bird championship.

Among his four prizes in Great Lakes Grand competition is the 1991 doubles title for a perfect century.

Bob won two awards at the 1992 Western Grand, including the singles championship for a double century in the program plus 200 in shootoff. He needed 14 overtime innings to reclaim the 16-yard title in ’94 after again posting an initial 200.

Bob collected five trophies at Midwestern Grand tournaments, and he won the all-around title at the 2000 Southwestern shoot.

Bob secured seven individual trophies in Golden West Grand competition between 1988 and 1995. He won first place in the Doubles Championship for 100 plus 20 in shootoff in 1989 and ’91, and he was all-around victor in 1990.

From 1975 to 1998, he captured one all-around, three singles, one handicap and three doubles championships in Central Zone competition.

Between 1975 and 2000, Bob amassed a dozen singles, nine doubles and 11 all-around championships at Minnesota state shoots.

Bob was inducted into the Minnesota Hall of Fame in 1988.