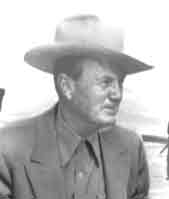 Phil R. Miller’s accomplishments in flyer, 16-yard, doubles and handicap shooting span more than four decades. He was the first man to break 100 straight from 25 yards, on Aug. 13, 1924 in Clarksdale, Miss.

In earlier years Miller was an industry rep and won that championship at the 1916 Grand American with 97 and a 25-24 victory over Homer Clark. Miller returned to the amateur ranks in 1922.

Miller dominated the early competition for the Jim Day Cup (symbolic of the All-Around Championship) at the Grand, winning it in 1922, 1923 and 1924—the first three years of its existence. He also won the H-O-A in 1922, the Doubles and Clay Target Championships in 1923 and the Doubles again in 1924.

After the 1928 season he went into retirement but returned to the game seven years later to prove he wasn’t finished. Miller again was at the top of the Grand American list in 1937 when he won his second NACTC and tied for the All-Around. He broke 50 straight in a nine-way shootoff for the second-place trophy in the 1939 Preliminary Handicap (shooting from the-then maximum of 25 yards) after tieing with a second-high 98. He also broke a second-high 98 in the GAH that year, tieing three others for third through sixth. He missed four in the shootoff to settle for sixth. His fine handicap shooting, however, helped him earn his second H-O-A title and his fifth All-Around Championship.

Although a native of Dallas, Tex., Miller had the opportunity to win state titles in Texas, Indiana, Missouri and Nevada. He captured the Lone Star State’s handicap, doubles and all-around crowns in 1922 and added doubles titles in 1924, 1925 and 1928. In 1938, while living in Indiana, he smashed 200 straight to win the Hoosier singles championship. He also won that state’s doubles title in 1939. In 1946 he annexed the Missouri all-around championship, and he added the Nevada doubles and all-around crowns to his credit in 1953.

In 1939 Miller was selected captain of the All America team, and he was elected to the squad in 1937 and 1938. In 1942 at age 51, Phil Miller was the oldest person ever inducted into the Army, where he was responsible for training more than 33,000 men in aerial gunnery.